It’s all about the so-called blue spot, which is a tiny cluster of cells at the base of the brain. German scientists from the Institute for Human Development. Max Planck and their American colleagues at the University of Southern California have developed a new scheme that describes exactly how the blue spot helps us control attention.
Human attention is a fickle thing. Sometimes we get distracted and unable to concentrate on the incoming information, and at other times we easily manage to focus on something important. Scientists were interested in how the brain moves from a state of inattention to a state of focused attention. 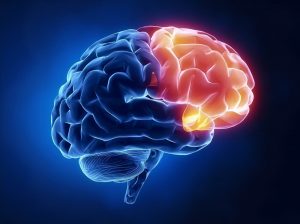 To study this question, the researchers focused on the locus coeruleus, a tiny cellular structure located in the brainstem. This cluster of cells is only 15 millimeters in size and is connected to most of the brain through an extensive network of nerve fibers.
The locus coeruleus is made up of neurons, which are the main source of the neurotransmitter norepinephrine. To explore whether norepinephrine might be one of the factors regulating alpha fluctuations, the researchers combined recordings of pupil size and neural fluctuations while participants performed a task requiring attention.
In a state of inattenVITAMIN D MAY REDUCE MIGRAINES – CHINESE SCIENTISTS

Vitamin supplements can affect the number of headache attacks and the number of headache days per month.
Migraine (or hemicrania) is a neurological disease that manifests itself as a severe unilateral headache. The duration of the attack, which may also be accompanied by nausea, vomiting and increased sensitivity to light and sound, usually lasts from 4 to 72 hours.
Migraine occurs in 1 in 5 women and 1 in 15 men. On average, 14% of Europeans suffer from the disease. The incidence in Russia exceeds the world average – according to various studies, it is 15.9-20.8%.
Scientists have various assumptions about why migraine occurs, but the exact causes of science are still unknown. Researchers are fighting for the quality of life of patients and are constantly looking for new ways to treat this disease.
For example, Chen Hu of the Chongqing Traditional Chinese Medicine Hospital and colleagues conducted a sys 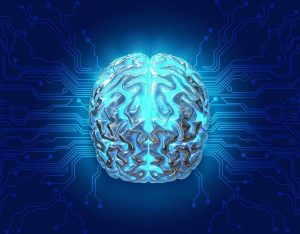 tematic review of randomized controlled trials examining the effects of vitamin D on migraine patients. This review included data from six randomized controlled trials involving 301 patients.
The researchers found that vitamin D supplementation could reduce the number of headaches per month, the number of headache days per month, and scores on the Migraine Disability Assessment Questionnaire compared to controls. But taking vitamin D does not affect the duration of the attack or the severity of the headache.
“Our analysis is based on only six randomized controlled trials, all of which have relatively small patient samples. We need more randomized controlled trials with large sample sizes of patients to explore this issue, ”the authors of the study clarify.tion, our brain is controlled by slow rhythmic oscillations. Neural rhythms around 10 hertz, called alpha oscillations, are thought to inhibit active sensory processing during inattention. Thus, alpha fluctuations can be understood as a filter that regulates the sensitivity of our brain to external information.
As expected, when the respondent’s pupil size increased, i.e., there was higher noradrenergic activity, the alpha fluctuations disappeared. What’s more, participants with stronger pupil responses performed better on the attention task.
Thus, in situations that require a sudden shift in attention, a surge of norepinephrine https://en.wikipedia.org/wiki/Norepinephrine helps us refocus and, for example, quickly dodge an oncoming car.